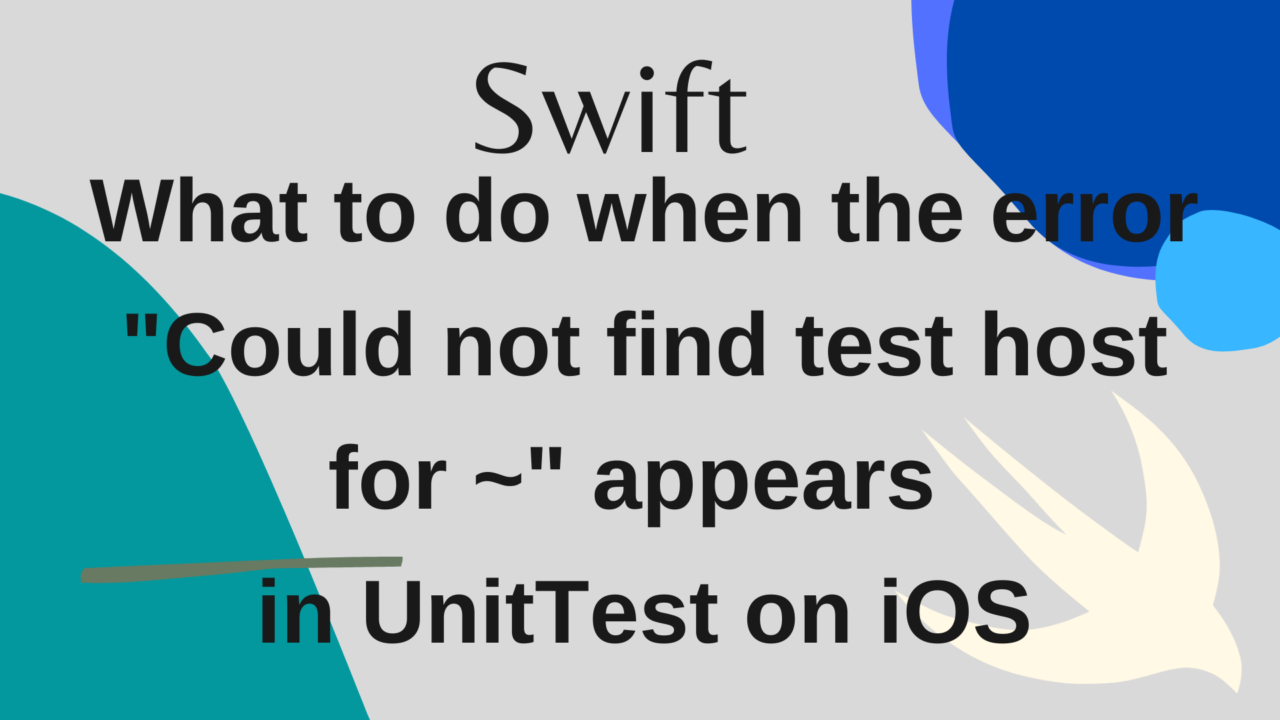 When I was working today, I got an error in the title for the first time in a while, so I’ll make a note of how to deal with it for a memorandum!

This error is probably caused by changing the Scheme and Configuration settings in the Xcode project, creating an application for each server connection destination, creating a Configuration for Test, and naming each application I think it happens when you run UnitTest after making changes.

To fix this error, you need to change the UnitTest Target Test Host setting.
The picture below is a sample of the screen of the Xcode project, but open the corresponding setting by the following procedure

By the way, you can edit the value for each Configuration directly, but since it is also used in other setting items of the application, if you change one place, you have to change the other places as well.
So, in my case, I set a variable for suffix in each Configuration file as shown below so that it can be set collectively in the form of $(TARGET_NAME)$(PRODUCT_NAME_SUFFIX).

I made self introduction slide with ...

When the application name is changed...