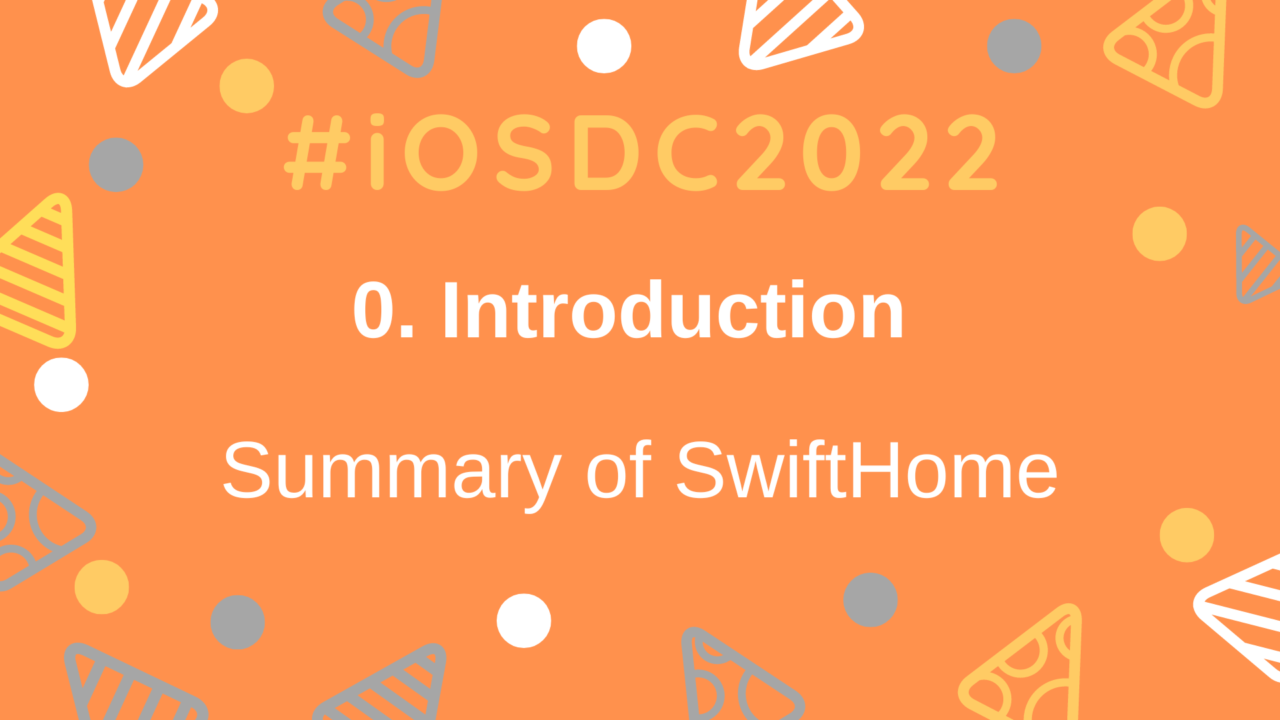 0.Introduction – Announcement and overview of SwiftHome

This article is based on the session presented at iOSDC2022, Make your home more convenient and safe with Swift! This is an article that summarizes the introduction to Part 0 of the announcement.

What is this announcement about?

This announcement is about implementing Swift on the Raspberry Pi and Heroku.
Specifically,

I named this project SwiftHome this time!

What is a smart home?

What is a Raspberry Pi?

In short, smart home is good! ! This is the announcement! ! !

What to say/don’t say in this presentation

I tried to put together what I implemented in SwiftHome this time in a certain OS style!
I will introduce the contents described here in this announcement and blog in order! Three applications will appear in SwiftHome implemented this time. In SwiftHome, SwiftHomeApp and SwiftHomePi exchange data via SwiftHomeServer.
For communication, we use RestAPI and WebSocket communication.
In consideration of security, direct API communication to the Raspberry Pi is not allowed!

When doing electronic work, it is convenient to have a tool called a tester like the one below!
You can check how much current and voltage is flowing, and you can use it to check if the LED or cord is broken!
Even if the code and circuit are well made, If the LED is broken or the code is disconnected, it will take a long time to identify the cause So I’m pretty happy to be able to reduce that risk! !

By the way, at the time of writing, it was about 1000 yen, which was surprisingly cheap, so I bought it!
The sense of security that can be used to check if it is broken was amazing! lol

This article summarizes the introductory content of the SwiftHome announcement.
The next article will be “1. Running Swift on a Raspberry Pi – Blinking an LED using GPIO“!

1. Run Swift on Raspberry Pi - Use GPIO to blink an LEDThis article is an article that summarizes the contents of part 1 of the announcement of "Make your home more convenient and safe with Swift", "Running Swift on a Raspberry Pi - Blinking LEDs using GPIO"!...
+1
Heroku iOSDC2022 RaspberryPi Swift Vapor
Sponsoring
RELATED POST
Sponsoring
Sponsoring