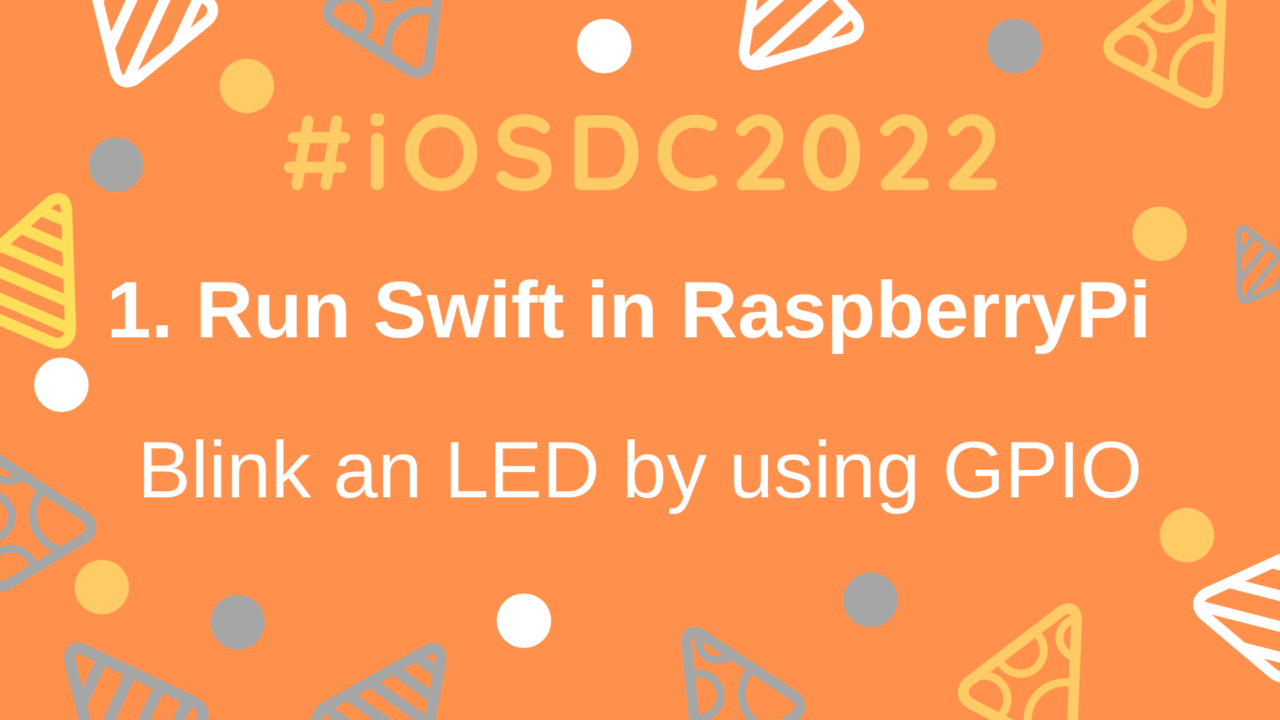 1. Run Swift on Raspberry Pi – Use GPIO to blink an LED

This article is based on the session presented at iOSDC2022, Make your home more convenient and safe with Swift! This article summarizes the contents of the first part of the announcement.

This is a sequel to the article 0. If you haven’t read it yet, please read it!

0.Introduction - Announcement and overview of SwiftHomeThis article is an article that summarizes the contents of the introductory part of the announcement of "Make your home more convenient and safe with Swift"!...

What is L blinking?

I made a circuit to connect things upper!

What is a breadboard?

This time, I am using Raspberry Pi 4, OS is Ubuntu, swift is v5.6.1.
The reason why I installed the Ubuntu OS on the Raspberry Pi is that I am assuming that I will use Vapor this time, but the standard Raspberry Pi OS did not pass the Vapor settings and builds.
There were many examples of using Ubuntu for the same reason on the site I referred to.
Also, at the time of writing, Swift5.6 can be used on Ubuntu, but with the Raspberry Pi OS, only Swift5.1.5 can be used.
So I decided to proceed to use Ubuntu considering ease of development.

To install Swift on your Raspberry Pi, run the following command and you should be good to go!

This time, I created a package called SwiftHomeLED.

Finally, implement the process to blink the LED every 0.2 seconds in main.swift.

If you look closely, it seems that an error occurs if you do not have permission to /dev/gpiomem
In Ubuntu, you can It seems that root authority is required for access, and as a result of investigation, we were able to solve it by executing the following command! (Reference)

When you’re ready, connect your Raspberry Pi to your breadboard and run SwiftHomeLED with swift run!
If the LED blinks like ↓, it’s a success! !

By the way, there is a tool called WiringPi as a way to easily manipulate GPIO values outside of Swift code. .
By using this, you can check and operate the GPIO status from Terminal!

This time, I introduced how to run Swift on a Raspberry Pi and make it blink.
You can see the code I implemented this time at SwiftHomeLED!

Next is “2. Run Vapor – Communicate between iPhone and Raspberry Pi with Vapor“!