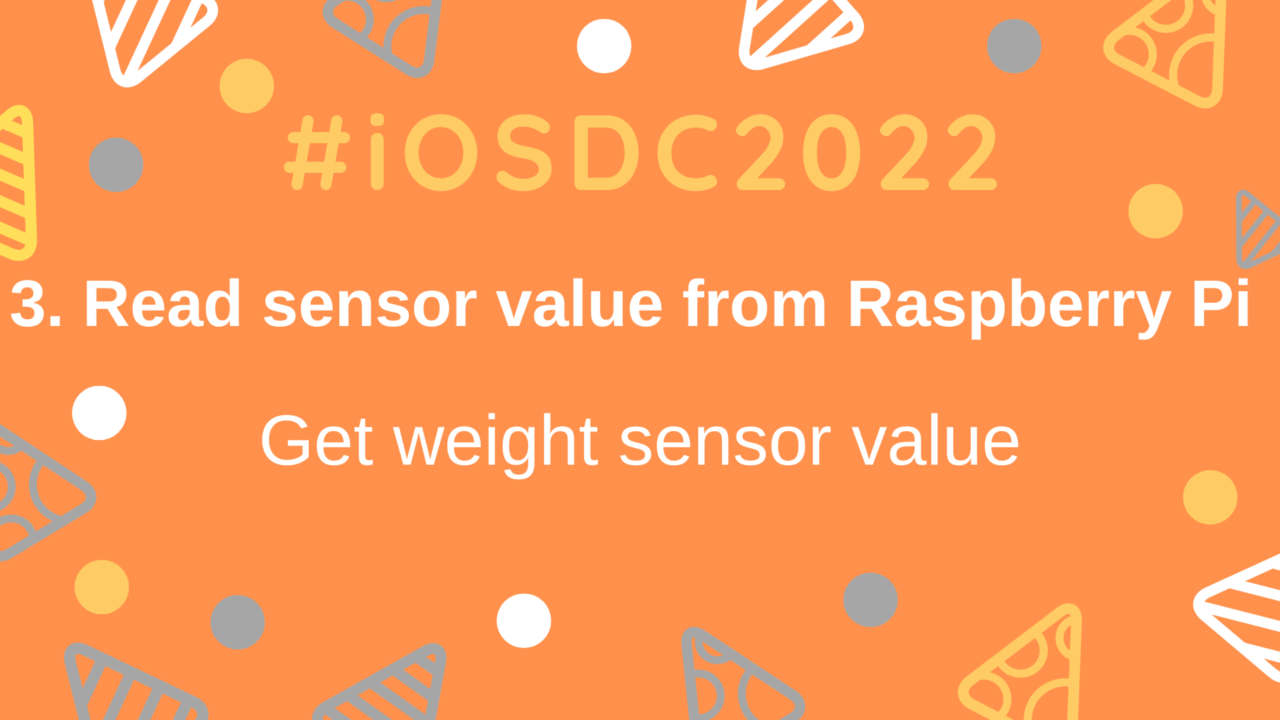 This article is based on the session presented at iOSDC2022, Make your home safer and more convenient with Swift!
This article is a continuation of the article “2. Moving Vapor – Communication between iPhone and Raspberry Pi with Vapor 3“. If you haven’t read it yet, please read it!
In this article, I will introduce the implementation to get the value by linking the Raspberry Pi and the weight sensor.

What you want to achieve with the weight sensor

Make it possible to judge

Using the SwitchBot smart lock that I originally used at home, when the key is automatically closed, I turn off the lights in the living room, turn off the fan, and operate the home appliances.
However, when I open the door to receive parcels or throw away garbage, it activates even when the door is automatically locked, so I have to reattach it every time.
So, the goal this time is to turn off the lights and operate only when you go out with the key case!

A service that allows you to link various services by registering triggers and events as recipes. You can use a wide range of services, so it’s a very useful service (it’s currently charged, but it’s convenient, so I’m paying!)

Details of our smart home
For those who are interested in the details of smart homes and examples of smart homes in our home, I have done LT at a certain LT meeting before. Check out the materials from that time!

This weight sensor uses an AD converter called HX711 that outputs a 24-bit signal.
Detailed document here.
Data must be obtained in the format SPI.
Normally, you can only get 0 or 1 values ​​from the Raspberry Pi’s GPIO pins, but by using GPIO5 (for data acquisition) and GPIO6 (for clock signal), you can obtain weight analog information in 24-bit units. You can get

Let’s check the actual code
First, prepare an instance of GPIO
As described above, we have prepared instances of GPIO5 and GPIO6.

Next, check whether the obtained value is within the range of the maximum and minimum values written in the document
And in ③, the process of complementing is executed, but here it is accurate I don’t understand it. .
to calibration by subtracting the initial value from the last calculated Returns the value, here the value processed by the constant referenceUnit.

This time, we defined this process in a method called readWeight().

Next, create a method to detect that the object on the sensor has been taken.
Create a while loop statement to get the weight of the sensor every second.
And if it’s less than 30g, it does a completion and then a method that monitors for something on the sensor. (The code is here)
By the way, this time I also tried to make the LED light up when I put something on it!

This completes the code implementation!

Next, let’s build a circuit!
I will post a diagram and a photo.
The basic diagram and the photo are basically the same circuit, except that the photo uses an expansion board (a tool with a rainbow-colored cable in the photo)!
A total of 4 wires are used, 2 for power supply and 2 for communication.

When you’re ready, let’s build!
As you can see in the capture below when I checked the operation, when I put the key case on and removed it, a message was printed, and I was able to turn on the LED when I put something on it! 🎉

Setting up SQLite on Raspberry Pi

When saving data to SwiftHomeApp on Raspberry Pi, I use Vapor’s fluent introduced in the previous article.

The DB uses Postgres in SwiftHomeServer, and the implementation seemed simple, so I used SQLite I tried!
However, this time, we will only use some functions of Vapor itself, so we will not create a template project with Vapor’s CLI, but directly add the necessary libraries to Package.swift. I am trying to add (source code)

Also, when using SQLite on a Raspberry Pi, it must be installed in advance using the CLI.

Basic When using fluent, it is often implemented with a Vapor project configuration, so it is rare to use fluent alone, so there was little information, but this time I tried to implement it in the dark. , If you are interested, refer to Code If you can! (If there is a mistake in the implementation method, please point it out!)

This time, I tried to summarize how to use a weight sensor and write an implementation in Swift to get its value.
I tried using the hardware such as the weight sensor, and it turned out to be like an electronic craft, and it was a lot of fun!

Next is a summary article for “4. Linking with a card reader – reading Suica ID“!

4. Link with card reader - read Suica IDThis article is an article that summarizes the contents of part 4 "4. Linking with a card reader - reading Suica ID" in the announcement of "Make your home more convenient and safe with Swift"!...