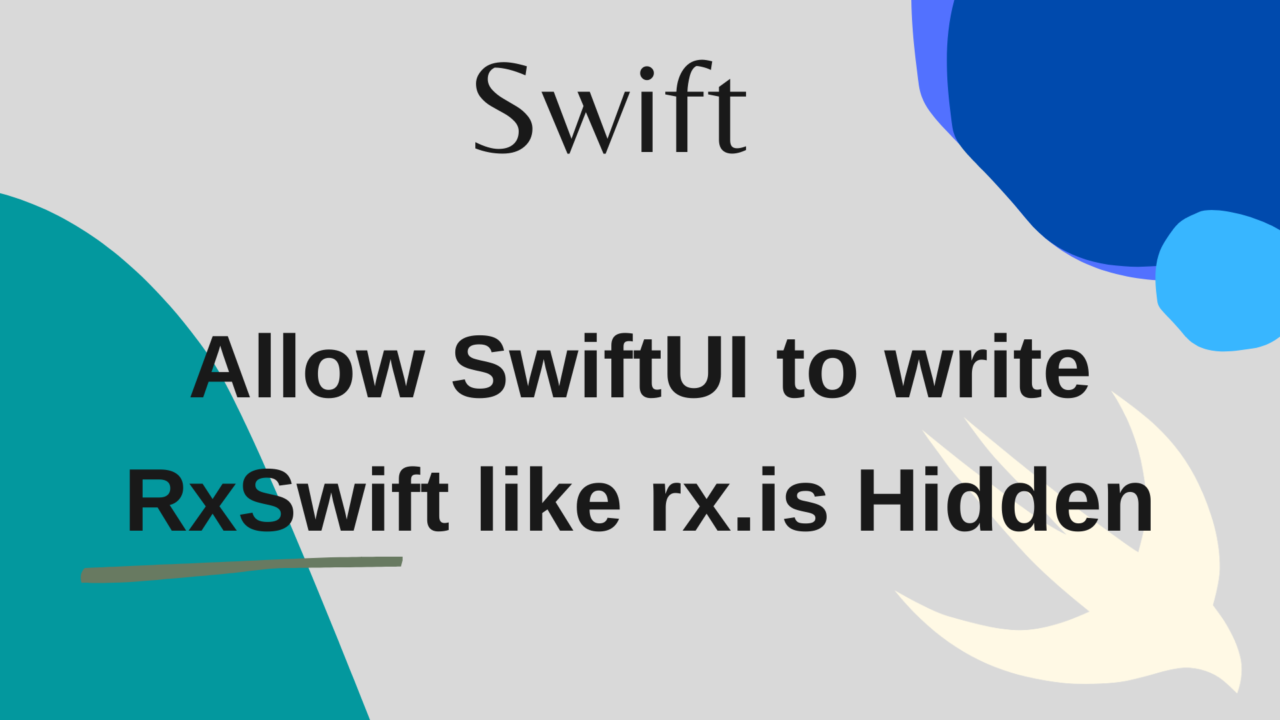 I want to be able to bind the display / non-display of Bool value and View!

I implemented the title, so I’ll leave it as a memo.
In RxSwift, you can write as follows.

Function declares an opaque return type, but has no return statements in its body from which to infer an underlying type

I feel that this writing method has the following problems.

1. The nest becomes deeper.
2. The number of lines increases.
3. I can’t write declaratively.

So I tried to write as follows.

Now you can show / hide Text according to the boolean value.

The above hidden is implemented as follows.

For the description of the first structure,

I thought it would be okay to write, but I got an error saying Function declares an opaque return type, but has no return statements in its body from which to infer an underlying type.
After a lot of trial and error, I got the above implementation. You may know if you follow the internal implementation, but honestly, I haven’t followed that much.
Is it because there is no View to return when hidden is false?

There are many cases where SwiftUI cannot be written as expected, so I would like to create an extension like this and deal with it well.
Also, I don’t really understand how to implement it, so I felt that I would like to deepen my understanding little by little.

I tried to make it possible to selec...