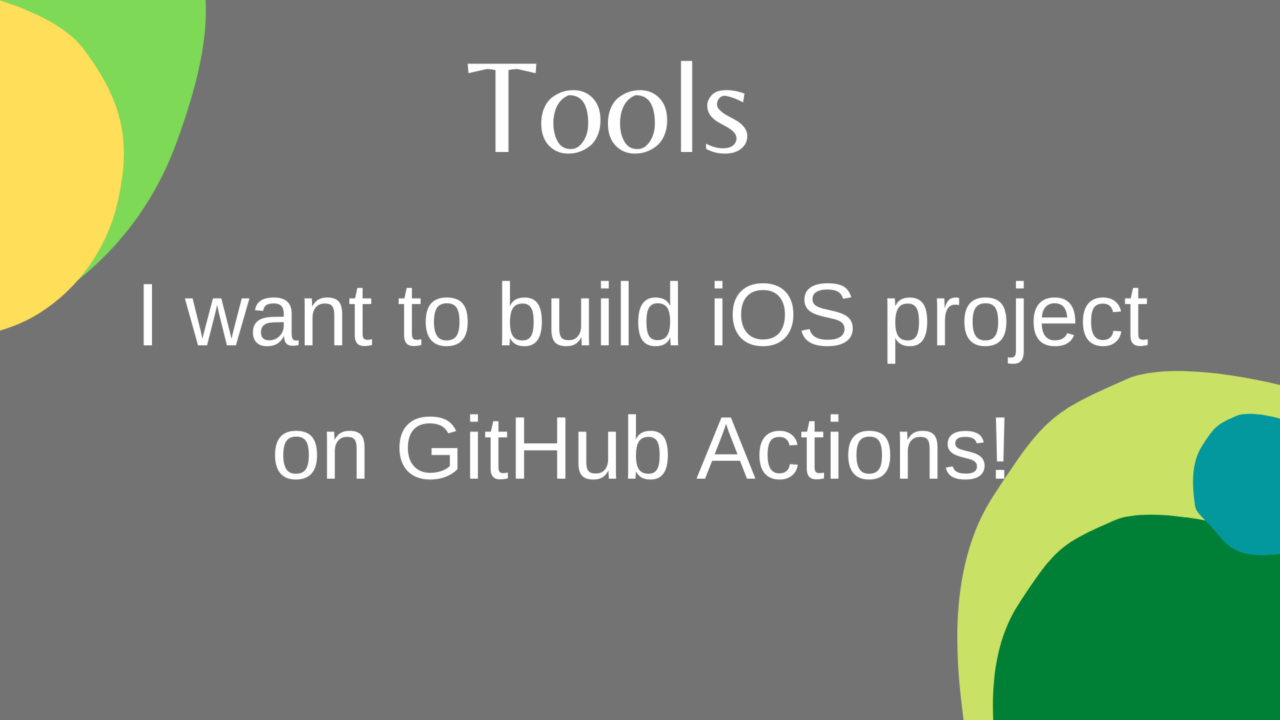 I want to build iOS project on GitHub Actions!

I want to use GitHub Actions as a CI environment!

When developing an app, I wanted to automate the following things.

So I decided to use the CI environment, and this time I investigated Github Actions.

1. Open the project on GitHub and open the “Actions” tab. Then, the following screen will be displayed. Select “Set up a workflow yourself” on the right.

By the way, if you test it as it is, it will fail. (Of course, because the swift command is executed, …)

3. Modify the template yml file. For the time being, I modified it as follows so that it works at least. If you change the scheme name to that of your own project, you can use it as it is. With the above workflow, even if you install SPM, the build and test should succeed as it is. Below, I installed RxSwift with SPM and then pushed it. It has been successful.

I also verified the use of Bitrise, but I thought it would be attractive to be able to complete it within the service of Github that I usually use. Since I have described only the minimum workflow, I would like to add it in the future so that I can do what I wrote at the beginning. If you have any corrections, please let us know.

I want to notify the results of my ...